FREE SHIPPING ON ORDERS OVER $50

Today, chocolate is enjoyed around the world but its long history is uniquely global. Here’s a salute to chocolate’s roots in 8 stops:)

Humans have been enjoying chocolate (or to be exact, cacao, the seed of the cocoa tree) for a very long time – 5,000 years to be (sort of) exact. The most recent carbon dating evidence points to theobromine (the active ingredient in chocolate) residue on clay burial pottery found in Ecuador’s recently discovered classic Mayo-Chinchipe culture. However, just 5 years ago, the oldest evidence of cacao consumption was 3,500 years old. Maybe we’ll find it’s even older. Either way, enjoying cacao in its many forms is obviously a hard habit to break.

Ancient cacao is consumed as a beverage not a solid bar. In 3500 BCE the Mayo-Chinchipe are drinking cacao. The Olmecs are drinking it in 1500 BCE, the Mayans from 400CE, as well as the Aztecs from 1400CE onwards. The chocolate bar as we know it is only a 170 year-old newbie compared to ancient cacao drinks. “Drinking cacao” is not the sweet, hot chocolate we know and love today. It is a sour and bitter concoction first made with the white, sour pulp from the cocoa pod. Only later it is made with fermented cacao beans. Mix with some maze, pozol, cinnamon, chiles and other native grains and spices, perhaps a touch of milk or honey to help with fermentation, and you are puckering up like the ancients ;). In these Pre-Colombian Central American cultures, cacao is divine and understood to be a drink of the gods, probably due to its perceived health benefits like longevity, a cure-all from disease, and divine consciousness. While these claims are overblown, science has in fact shown cacao to cause euphoria, help reduce inflammation, act as a cough suppressant, and possibly possess antimicrobial properties and yield improved cardiovascular health. (But remember, these scientific benefits come from cacao without the sugar 😉

Archaeological evidence shows cacao beverages are enjoyed primarily by royalty and clergy, the elites of Pre-Colombian South and Central American civilizations because it shows up on ceremonial pottery rather than utensils of the masses. Up until 500 years ago, cacao is a relatively rare and precious agricultural product, perhaps only enough for court and religious rituals. It is much more difficult to cultivate a cacao grove than rows of maize or planted cactus – cacao only grows at certain elevations, with unique sun, shade and water requirements. So only the rich and powerful are able to enjoy cacao’s benefits … until the rise of larger and more prosperous communities.

When larger civilizations arise, like the Mayans and Aztecs, so do centralized government and more reliable trade routes, which facilitate the demand for greater production of cacao from the specialized growing regions throughout the empire. Most cacao was consumed in the Aztec capital city though none was grown there. Now, everyone wants cacao and not just for drinking. While still expensive, middle classes celebrate weddings and festivals with special cacao drinks. Cacao becomes widely used in Mayan and later Aztec cultures as money – yes, they could eat their dollar bills if they wanted to, but who would? Cacao as currency is more valuable than gold.

Cacao beans used to pay for a dowry in an Aztec marriage ritual.

Hernan Cortes learns about cacao from the Aztecs. The king Montezuma, is rumored to be drinking 30 cups of cacao per day. Cortex sends cacao to his patron, King Charles V of Spain, who tastes it in 1528. One of the royal court’s chefs adds some sugar and Eso!, a sweeter chocolate drink takes off among the Spanish royalty. Not quite our “hot chocolate” because it’s made with cocoa beans (cocoa powder won’t exist for another 300 years!). The presence of the fat (52% of the mass) in the cacao bean makes the drink frothier and fattier. If you stop stirring it, the fat congeals on top into an unpalatable solid. But it now tastes much closer to the version of sweet chocolate we all know and love. In Renaissance Europe, royal houses are the national “Influencers”, with lots of money, influence, as well as the ambition and appetite to try new things, and the New World cacao drinking fad takes off among Spanish aristocracy. In about 100 years, by 1650, royal houses throughout Europe, especially England and France, are knocking back chocolate drinks and loving it. The passion spreads among the chattering copycat aristocratic classes, and savvy merchants get down to business to launch the first “cacao drink houses” where the “drinking chocolate” is served, only now usually with sugar (the word chocolate enters the English dictionaries by 1680). Drinking chocolate still lacks a long shelf-life, requires constant stirring to avoid the fat congealing on top, and therefore must be consumed on premises. But the cacao houses predate Europe’s first coffee houses and are lavish affairs – expensive, exclusive and for aristocrats only.

7. Sugar for the People!

From the 1600s, the discovery of sugar cane in the New World, and cold Europe’s taste for sweet stuff transforms the way sugar was grown, and forever affected chocolate. As more and more Europeans were exposed to the new delicacies enjoyed by their royal houses, business and politics converged (in some truly horrible and barbaric ways, read more in 10 below) to meet growing demands for commodities like sugar. By the 1650s, more sugar plantations are added in the New World, the price of sugar falls 70%, and sweetened chocolate drinks are finally within reach by peoples of lesser means.

8. Chocolate (Drinks) for the Rest of Us!

Meanwhile, scientists, entrepreneurs and tinkerers work on making a chocolate drink product that is shelf-stable in contrast to the cacao drinks of the chocolate houses. Coenraad Van Houten, a Dutch chemist invents a cocoa press that separates cocoa solids from fat, and treats these solid powders with alkaline salts to make the cocoa powder water soluble. Cocoa powder was born. Yes, the same kind used today in “Swiss Miss” hot chocolate packets. Now, shopkeepers can store the powder packets and sell them year round. Chocolate drinks are portable, can be made at home by adding hot water, and without the fat content, don’t require a gold stirring wand. Bye, bye fancy chocolate houses 🙁 , hello, hot chocolate at the breakfast table 🙂

9. The Chocolate Bar is born!

It’s taken almost 5,000 years but finally, Fry’s chocolate company of England invents a method of combining the new cocoa powder invention with cocoa butter and sugar to mould solid chocolate bars. Now, ready-to-eat chocolate treats are available in every market and corner store. The chocolate industry takes off as demand for the delectable treat soars among mainstream consumers. 10. The History of Chocolate isn’t only Sweet

Unfortunately, some truly horrific human practices and beliefs like slavery and racial discrimination have been used by Western Europe to exploit less powerful people and societies to make cacao available throughout the world. As in the American South, slavery was the economic engine of profit for the ever-growing New World sugar plantations that fueled the Continent’s hunger for sweets. Cacao is highly labor intensive, and enslaved laborers have been its primary cultivators for most of cacao’s history. In fact, no labor-intensive agricultural commodity was safe from the profit-at-all costs economic ethos of Mercantilism and the Colombian Exchange – neither sugar, nor coffee, cotton or even cacao escapes the tragedy of slavery. Even Pre-Colombian cultures like the Aztecs and Mayans used slave labor.

While humanity has thankfully evolved, there is still much work to do be done in chocolate, for example, through protecting the income of today’s cacao farmers, most of whom live below the poverty line, ensuring the sustainability of cocoa farming practices, and eliminating child and tenant labor from countries with a legacy of slavery. Many chocolate companies today, like The Good Chocolate, are conscious of cacao’s tragic past, and aim to help lead the industry toward a brighter future by selecting cacao suppliers based on ethical criteria. We avoid purchasing cacao from countries that still allow tenant farming, we purchase from suppliers who pay cacao farmers higher “farm-gate” prices versus commodity index pricing, and we work exclusively with cacao suppliers who reinvest in their community of farmers through farming, economic and climate change education. And to further help support and sustain an organic cacao supply chain, The Good Chocolate is in the process of achieving our organic certification.

Chocolate has long captured the fascination of kings and queens the New and Old world over, while remaining out of reach of everyday people for thousands of years. It’s remarkable that only 170 years ago, the chocolate bar was conceived and invented but it was done in the spirit of making the benefits and joys of chocolate more accessible. Today, let’s celebrate chocolate’s unique and colorful history as we salute the dreamers, tinkerers and romantics who kept hope that chocolate in some form should be equally available to anyone – no matter they be a king, queen, peasant, farmer, merchant or fool. 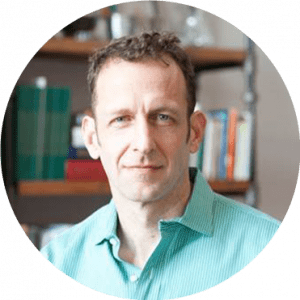 Ben is a co-founder of The Good Chocolate and zero sugar experimenter :) He earned his BA in Economics from Harvard College and MA in Liberal Arts from St. John's. Ben brings the can-do spirit he learned from a career in banking, investing, branding and marketing to zero sugar chocolate. 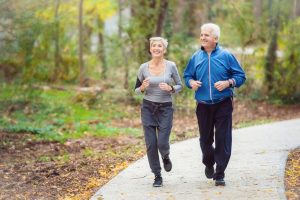 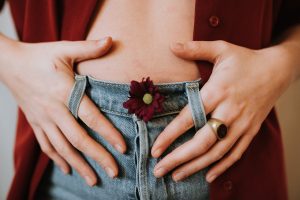 Good things happen to those who read ; )

SPECIAL 15% OFF for BETTER BE GOOD blog launch!

Use code: betterbegood15 at checkout